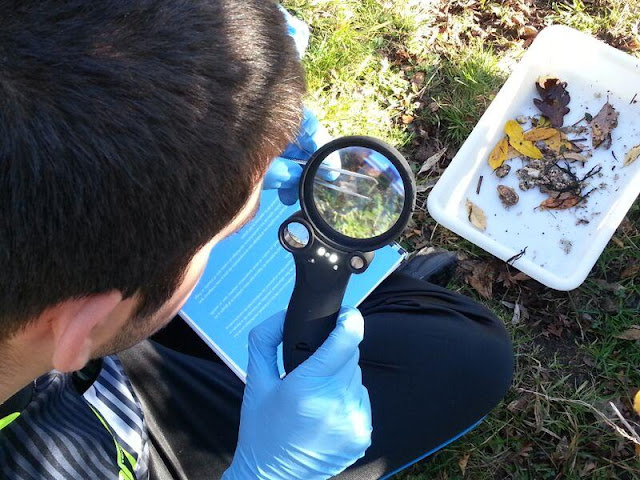 On Friday 13th November, students from 1º course of Bachillerato, in Biology and Geology subject, went out of the school for an environmental activity. They were walking to "Los Palancares" area, near Cañada Real Segoviana and Arroyo Mediano, next to Sierra de Guadarrama National Park in Soto del Real.
The objective was to practice different work technics  in Geology, Topography, Landscape study, Botanic and Zoology. It will help them in their Personal Investigation Projects (PIP) that they have to do during the academic course.
With the PIP we look for the excellence in scientific working and for a good preparation of future science profesionals.
We also look for adquire the acknowledge and defense of nature into the National Park.
Students were organized in groups of five people. They spent one hour in each workstation: 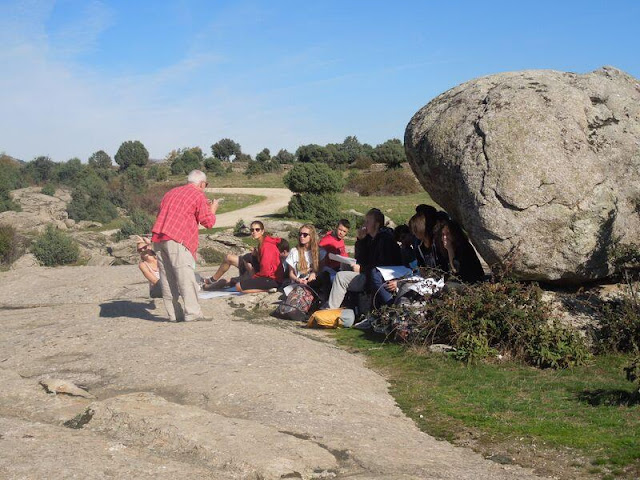 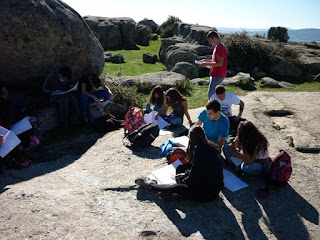 Alfredo Ares headed the workstation about Methodologies for flora studies. They worked in identifying and colecting species. 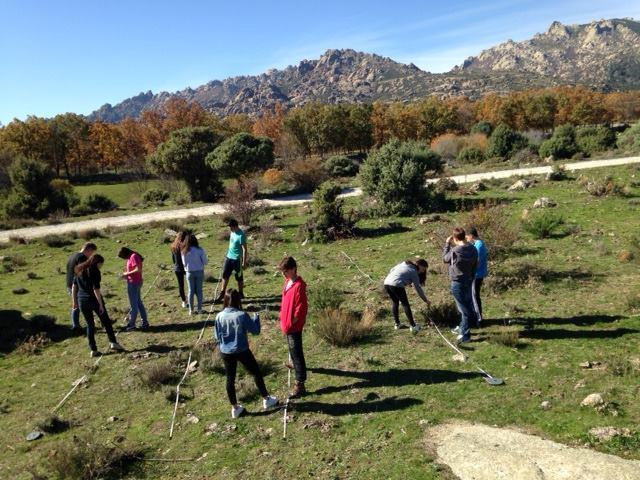 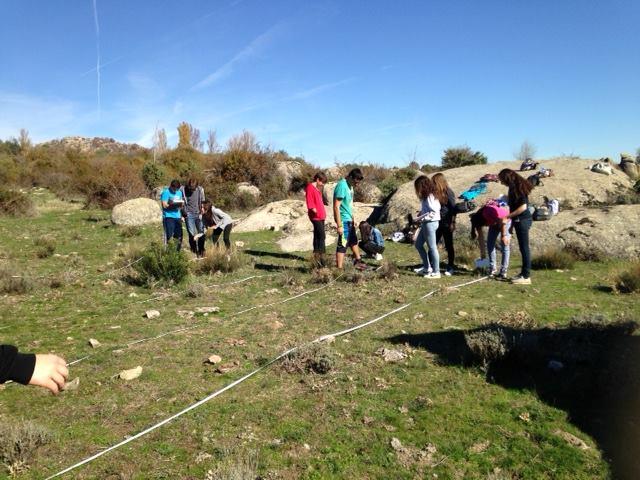 Aurora Martín headed the group about Landscape ang Geology. They worked in analyzing landscape elements and their fragility. They indentified different componenets: biotics, abiotics and antropics. 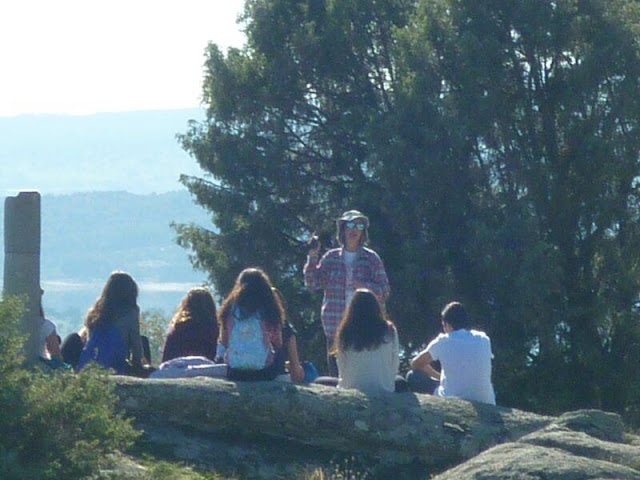 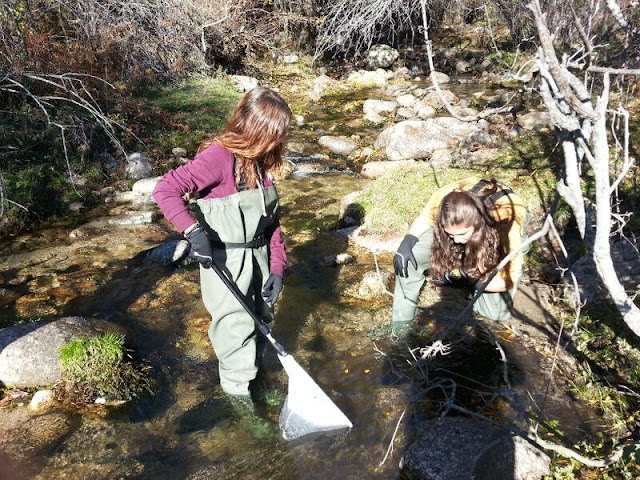 José Luis Gutiérrez headed the worshop about Rivers parameters: physics, chemical and biologics.They studied the width, depth, section and flow of the river. They also analized the chemical parameters of Arroyo Mediano river. 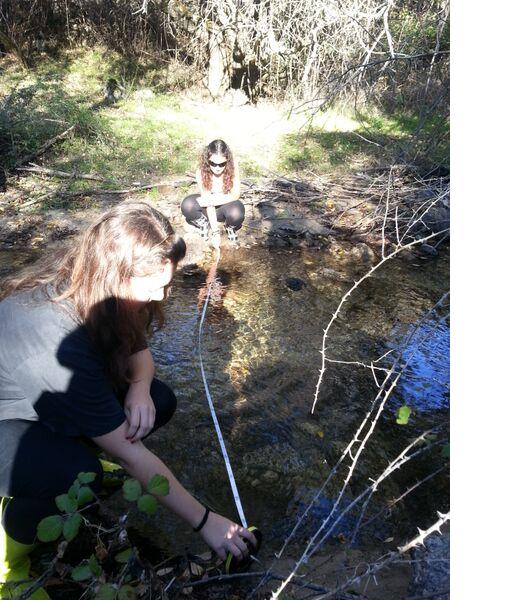 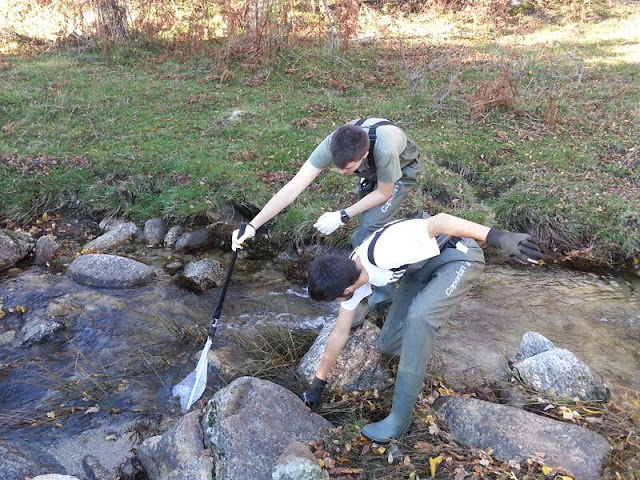 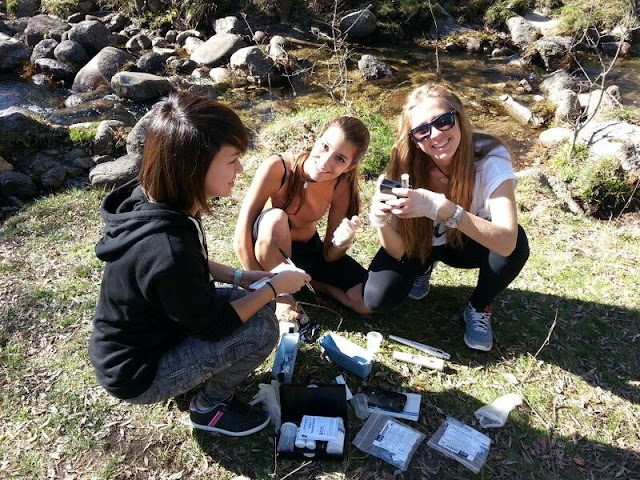 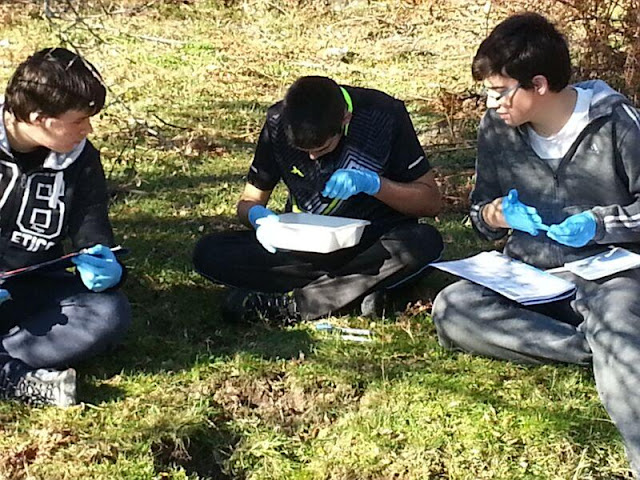 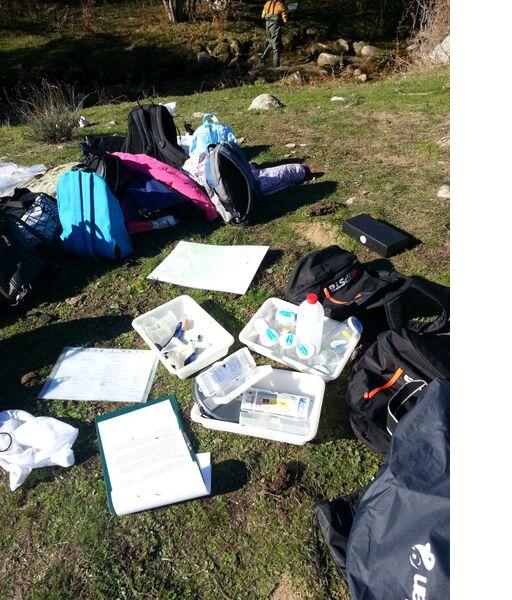